Recently I had the privilege of sharing a special encounter with three families of Transient Orca along with a family of six aboard my good ship “Imagine”, one of the fine vessels I captain for Maya’s Legacy Whale Watching. It was a unique and rare encounter in that we were able to witness a “greeting ceremony”. 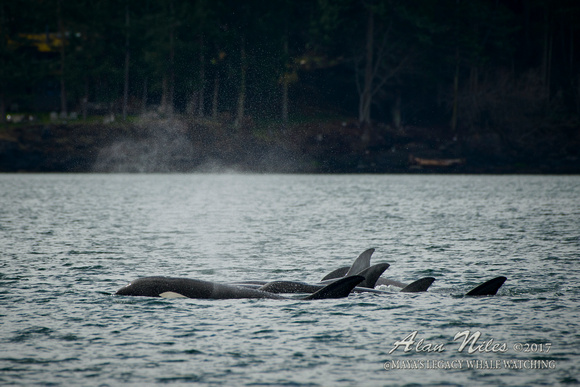 A group headed south T36’s and 46’s, lined up fin to fin on the surface to meet the northern traveling group T99’s, who reciprocated with a similar pattern.  The whales remained at the surface without submerging for a good minute or more, facing off, not swimming, breathing audibly from where we watched 300 yards away.  Suddenly a tail slap by the T36’s and then an answering slap by the 99’s and it was game on!  The three families blended into a mass of orca, breaching, tail slapping, cartwheels and spy hopping. 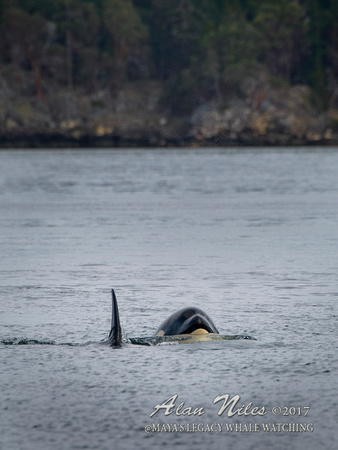 As we finished our trip with this family they were rounding Turn Island and their sunlit blows erupted into an explosion of a million stars over each whale and drifted down like fairy dust. 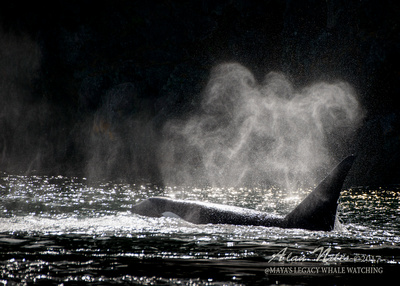 It might as well have been diamonds though for we all felt so much richer for the experience of being near these special social beings. 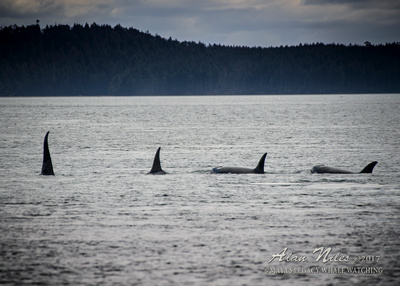 link to more images from this encounter

To see the rest of the images from the trip go to the gallery at   https://goo.gl/6GNCez
To book a trip call me or check out sjiwhalewatch.com

Md Masud Rana(non-registered)
I just got to this amazing site not long ago. I was actually captured with the piece of resources you have got here. Big thumbs up for making such wonderful blog page
Code Editor(non-registered)
Hi, Neat post. There is a problem with your web site in internet explorer, would check this… IE still is the market leader and a big portion of people will miss your magnificent writing because of this problem.
David Warner(non-registered)
Really a great addition. I have read this marvelous post. Thanks for sharing information about it. I really like that. Thanks so lot for your convene.
꽁머니사이트(non-registered)
whoah this blog is excellent i love reading your posts. Stay up the good work! You realize, lots of people are looking around for this info, you can help them greatly.
drug rehab treatment(non-registered)
Pretty good post. I just stumbled upon your blog and wanted to say that I have really enjoyed reading your blog posts. Anyway I’ll be subscribing to your feed and I hope you post again soon.
No comments posted.
Loading...
Subscribe
RSS
Recent Posts
Magical Encounter with Transient Orca Encore Sail to San Francisco Inside Story of the Inside Passage One Year of Racing Cultural Acceptance of Addiction Overcoming discouragement Getting the word out.
Keywords
T36 T46 T99
Archive
January February March April May June July August September October November December
© Alan Niles
Powered by ZENFOLIO User Agreement
Cancel
Continue