One Year of Racing 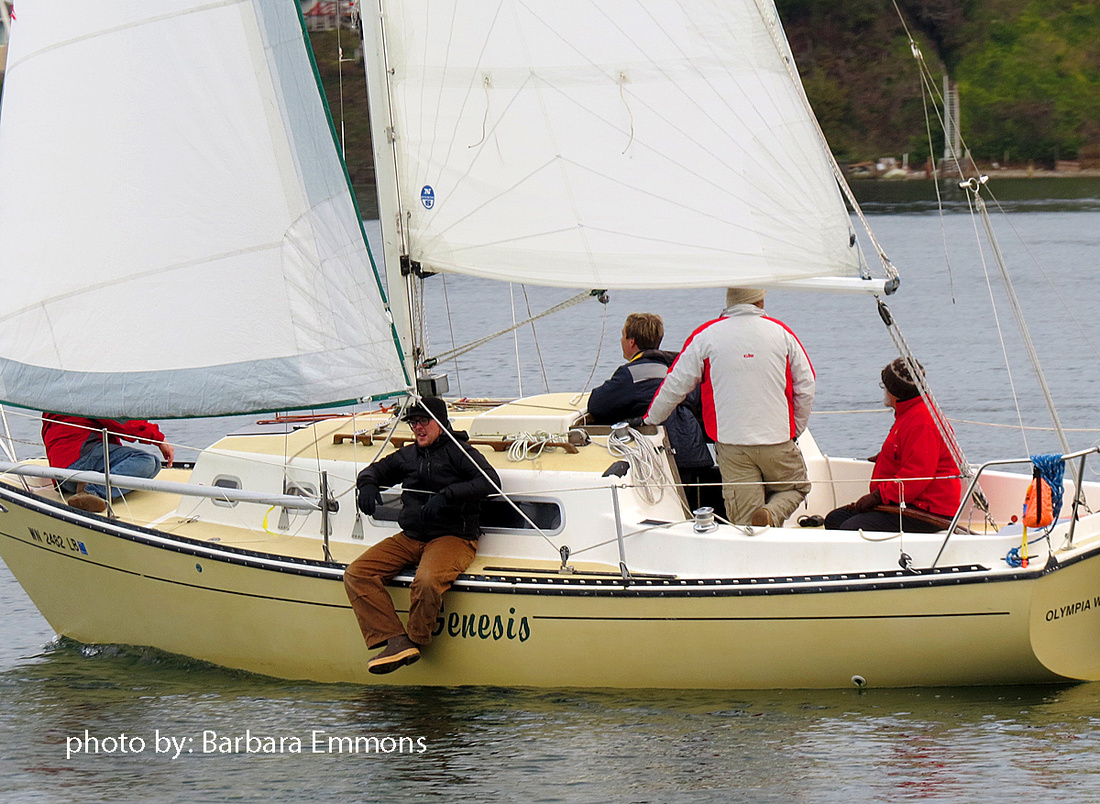 This weekend marks the first anniversary of my forte’ into sailing races.  Last year my first race was on the longest and most well attended race in the South Sound: Toliva Shoal.  This is a 36.8 mile race if completed in full and covers six major passages and several narrows.  The 18 hour time limit means you could face three tidal exchanges with up to 18 feet of water being flushed thru in a six hour cycle and currents running up to 5 knots.

Last year I was a brand new crew on a J 35 that had a reputation both for winning and for getting into accidents.  The year before they T boned another boat a six knots almost sinking it.  The year I was on it the skipper was out sick and we had a make shift crew consisting of six folks who mostly didn’t know each other hadn’t sailed together and two of us, myself and my son, had never even raced.  In the end we took 3rd in our division which was a very competitive division.  How we did it, frankly I had no clue.  Most of the time I was just trying to remember the names and locations of the lines to adjust and not get yelled at.

Fast forward one year and I’ve sailed over 30 races including 9 on my own boat, Genesis.  I’ve learned a lot but now I’m just getting to the point of being able to start learning the details that make the difference between just getting there and getting there first.

This year the fleet sailed a challenging race due to light winds on the nose and opposing currents in a high current zone.  Erratic boulders near the tidal zone made for sketchy near shore tacking while trying to find eddies that give current relief.  These combination of factors meant that we did not sail far very fast so the race was shortened significantly to allow the slower boats to finish just after dark.

So far Genesis and crew have had the pleasure of sailing races in all kinds of conditions  from wild downwind spinnaker runs with twenty knot winds to upwind battles into 40 plus knot gusts as well as whisper light weather, where the reflections of spinnakers mirror off the water in almost perfect duplication of the real thing.  This race offered an opportunity for a new challenge.  Like sneaking thru the gates of a guarded fortress we had to find the route thru the current along the shore line without losing wind to power the sails, and tacking away from land before the keel found one of the big boulders left behind by the ice age that formed the Puget Sound thousands of years ago.

I’m pleased to announce that we managed to negotiate the challenge.  Although not as well (meaning not as fast) as some, we did manage to do it  faster than almost half the fleet.  And not too far behind the veterans who are typically on top.  I’m very happy with my crew and our results but I am seeing a pattern.

After the race I spoke with the winner of our division.  A gentleman I had the pleasure of sailing with once before.  He told me his story and suddenly it was clear.  He told me that although he sailed since he was eight, he plateaued quickly having only learned from his dad and then being self taught.  It wasn’t until sailing with a  champion that he discovered that there are fine tuning strategies and adjustments that allow the sailor to finish well consistently and not always have the excuse that the “conditions weren’t right” or the other guy got lucky.  His encouragement was to keep sailing with sailors better than you so you keep learning.

I can see that I am running into this problem of the plateau effect.  We do ok but we could do so much better.  I think the boat is capable of it, and I take full blame for holding it back.  I am not going to settle for average.  I’ll find the mentors to help me attain the skills and knowledge to keep progressing.  All the knowledge can’t replace experience though so I’ll keep going out there and trying new things.  I’m sure some will work and some won’t.

One year from my first race as a crew that new nothing, to skippering my own boat through some challenging situations.  It is a first step and I look forward to all the lessons to be learned over the next year.  I can’t even begin to guess at what lessons I’ll have learned a year from now but I can promise you that this rookie skipper won’t be the same.